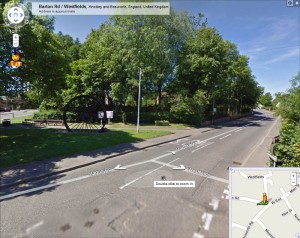 Google have added a large amount of rural areas to its Street View service, including Barlestone and other Leicestershire villages. Anyone visiting Google Maps can now drag the yellow man over Barlestone’s roads to be taken into a 3D panoramic world, allowing you to walk the streets of Barlestone step by step.

Images were taken during the Summer of 2008, showing Barlestone on a beautifully clear, sunny day.All faces and vehicle number plates are obstructed by built-in image filters to preserve pricacy. Some street signs are also affected. 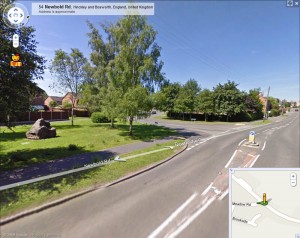 When viewing Google Street View, users are tethered to positions where the Google mapping vehicle took each photograph, however, in an attempt to offer an added sense of realism to each location, Google has used state-of-the-art 3D technology to create a ‘psuedo-3D’ world. Users wearing the old-fashioned red and blue 3D glasses can see each image with more depth than before.

Originally thought to be an April fools joke (the service launched on April 1st 2010), the 3D option remains on Google Street View for use on any Street View image. 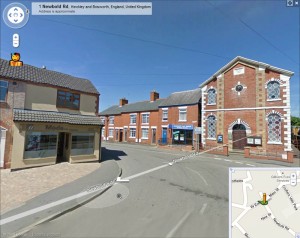