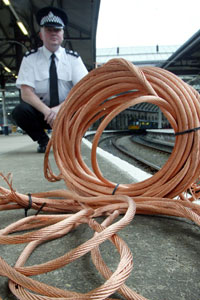 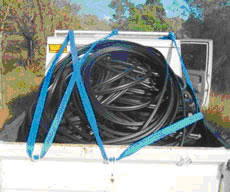 Source: This is Leicestershire

A total of eight people were arrested yesterday in a police operation to tackle the underground trade in stolen goods. Police presence was high in Barlestone as a team of officers were seen around the Spinney Drive, Meadow Road and Bosworth Road area.

Leicestershire police detained the suspects in a series of raids across the county yesterday morning.

Officers recovered a range of electrical goods, a quantity of drugs – thought to be cannabis – and cash during early-morning raids. The suspects were arrested when police officers executed search warrants at 10 addresses in areas including Braunstone Frith, Beaumont Leys and Braunstone, in Leicester, plus Ratby, Coalville and Barlestone.

They were being questioned by detectives last night and further arrests were expected today. The action was the latest phase of a campaign called Operation Consequence, which was set up in September 2009 to tackle crimes such as burglary and theft.

The latest action was targeted at people the force believes are involved in the handling of stolen goods. The force kept the public informed of developments throughout yesterday by posting brief updates on the social networking site Twitter. Leicestershire’s deputy chief constable David Evans said: “There have been a number of phases to Operation Consequence and we have arrested more than 2,000 people since we launched it almost 18 months ago. “This is a key element in our strategy to reduce crime.”

A cannabis growing operation of 216 plants has been found by police in Cunnery Close in Barlestone.

The operation was identified by a police helicopter searching for a missing boy in the village serveral nights before. Its thermal imaging camera lit up the house, causing the pilot to notify officers on the ground who launched an investigation. The house was subsequently raised on Tuesday March 30th. The plants were thought to carry a value of £1,000 each, making the haul worth £216,000.

Head of Hinckley police, Inspector Rich Ward told This Is Leicestershire “It had heat-seeking equipment on and all of a sudden this house was shining out like a beacon”.

A man was thought to be living in the kitchen of the property, babysitting the plants for other people associated with the drugs trade.

Suburban houses are thought to be targeted by cannabis growers due to thier low profile. Growers typically rent out a property, then unknown to the landlord proceed to install heavy duty electrical and ventilation systems needed to grow their crops. Cannabis plants require sophisticated ventilation systems and industrial grade heating and lighting in order to grow successfully, which normally results in the rented property being sunstantially modified in order to accommodate it.